There’s a reason why Rebecca and her team at Wissenz Law have been voted Best Lawyer and Best Law Firm in Hamilton for over a decade and counting.

Recovery can be a long road, but you can rely on Wissenz Law to help you get through every step of your journey.

“Let us take care of your lawsuit, so you can focus on your recovery and your life.” 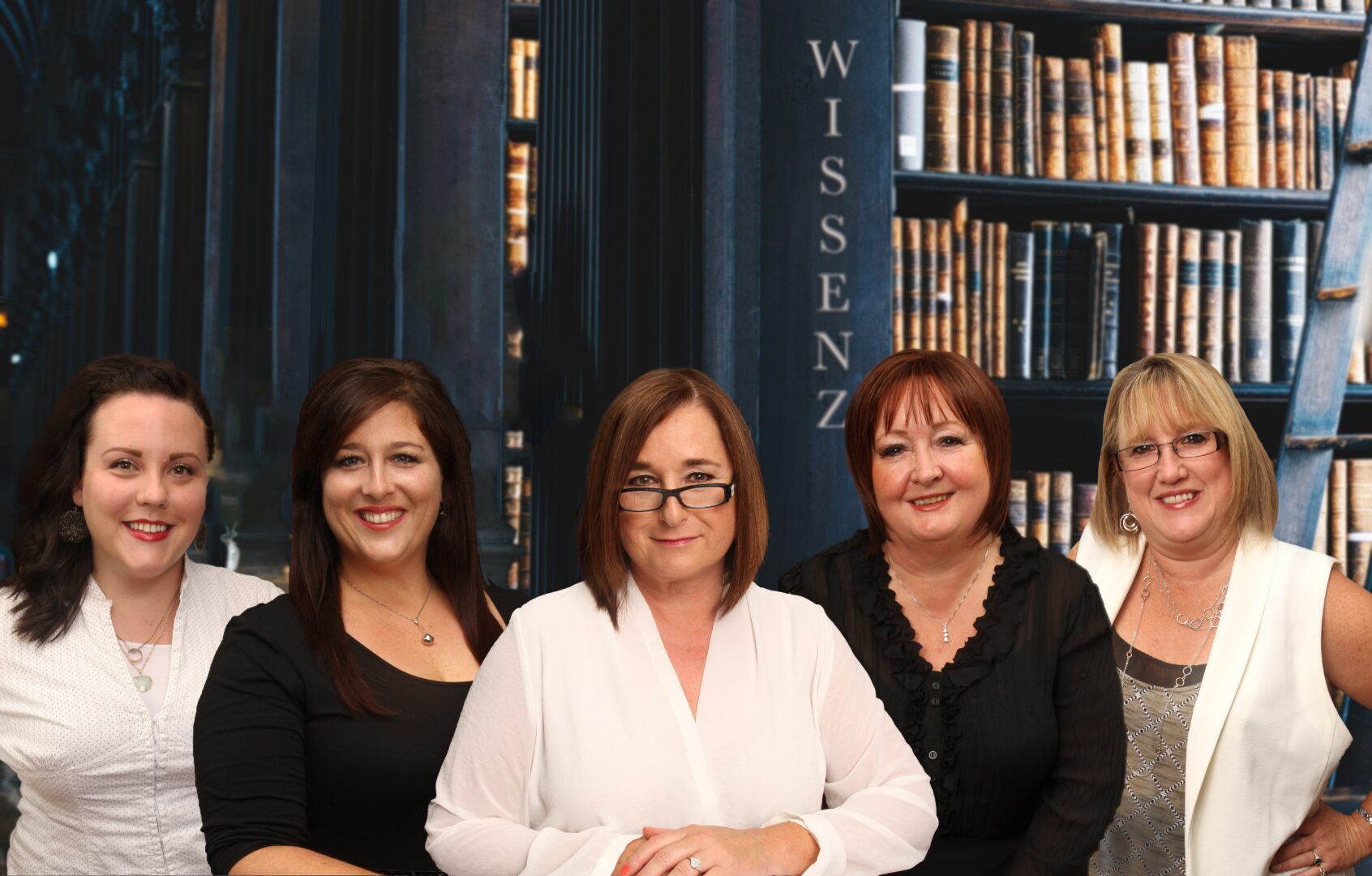 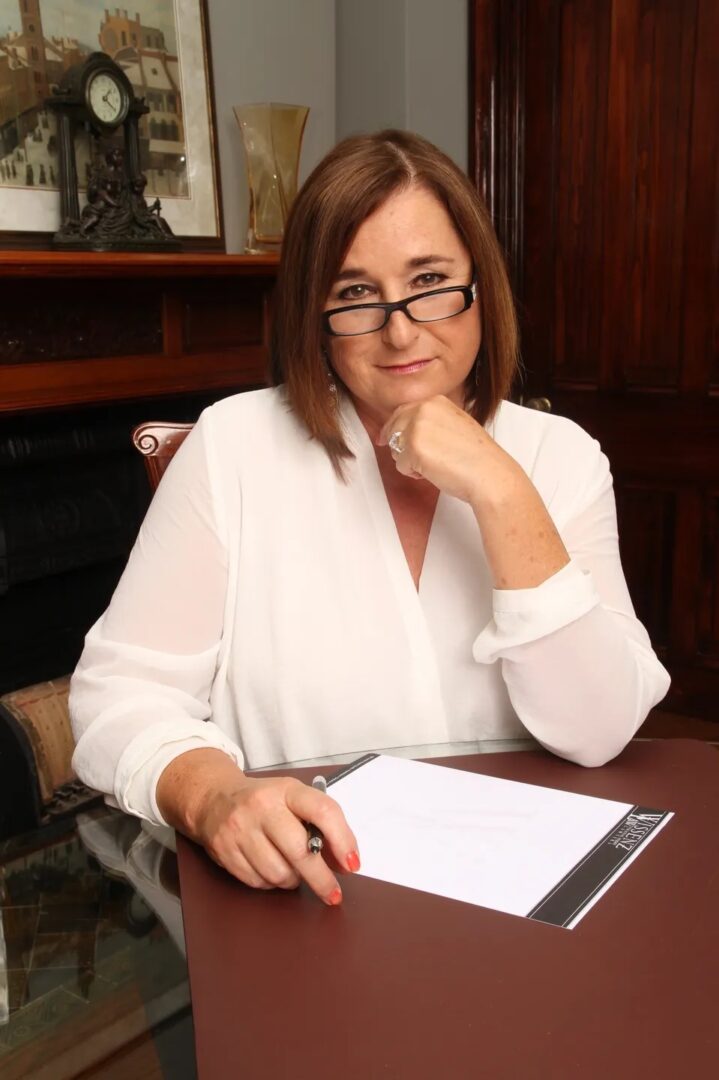 Rebecca was born and raised in Stoney Creek by her parents, Richard and Shirley, along with her three brothers and younger sister. After graduating from Queen’s University and receiving her L.L.B. from Windsor University’s Law School, Rebecca lived and raised three young children in Dundas for 20 years. Now, she primarily practices law in Downtown Hamilton, where she operates Wissenz Law from within a spectacular century home located at 183 James Street South. Recently, her law practice has expanded to include the Simcoe County and Grey Bruce region.

For the last 15 years, Rebecca has called Ancaster her home. In the Meadowlands, she lives with her beloved husband, veteran broadcaster Bill Kelly of 900 CHML, where they share their love for creative cooking as well as their passion for music, theatre and the arts. As a lifelong athlete, she continues to nurture her physical agility and mental acuity as a keen golfer, swimmer and gardener, as well as an avid downhill skier and winter sport enthusiast in the picturesque community of The Blue Mountains, Ontario.

Rebecca Wissenz has been fighting for the best interests of Hamiltonians through her law practice in Hamilton for over 35 years, though she’s been deeply involved with her community since long before becoming one of Hamilton, Ontario’s most esteemed Personal Injury lawyers.

Wendy was born and raised in the Hamilton area, where she earned a degree in Financial Accounting, Human Resource Management and Business Administration. After working many years in the legal field, Wendy obtained both her Paralegal Certificate and Law Clerk (Honours) Diploma. She specializes in Accident Benefits and Tort personal injury work, as well as Estates and Real Estate.

Wendy has been working with Rebecca for over 20 years, and works closely with her to ensure our clients have all their recovery needs met while receiving the best care and compensation possible. 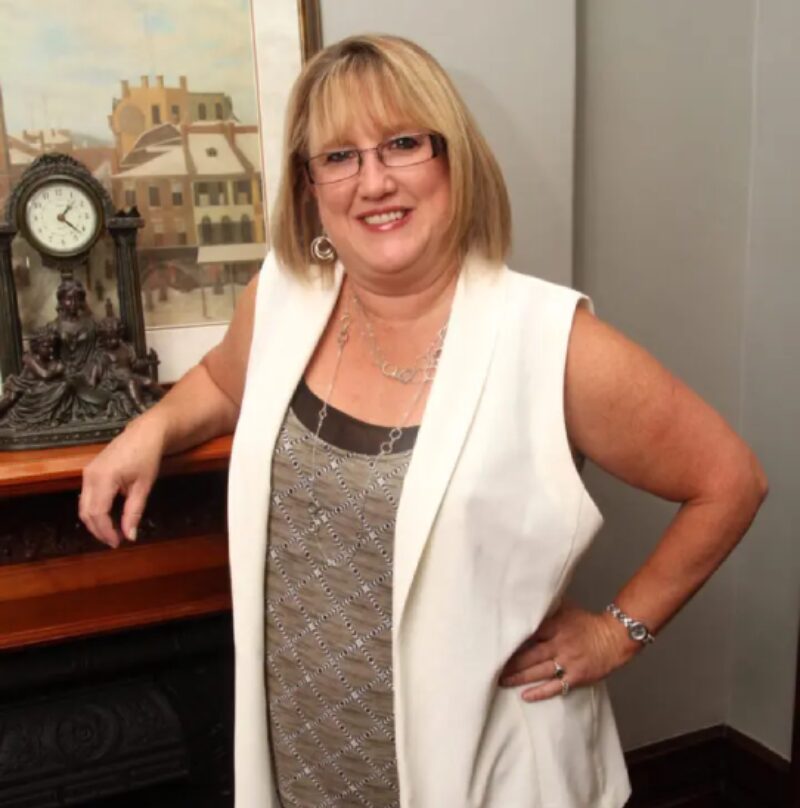 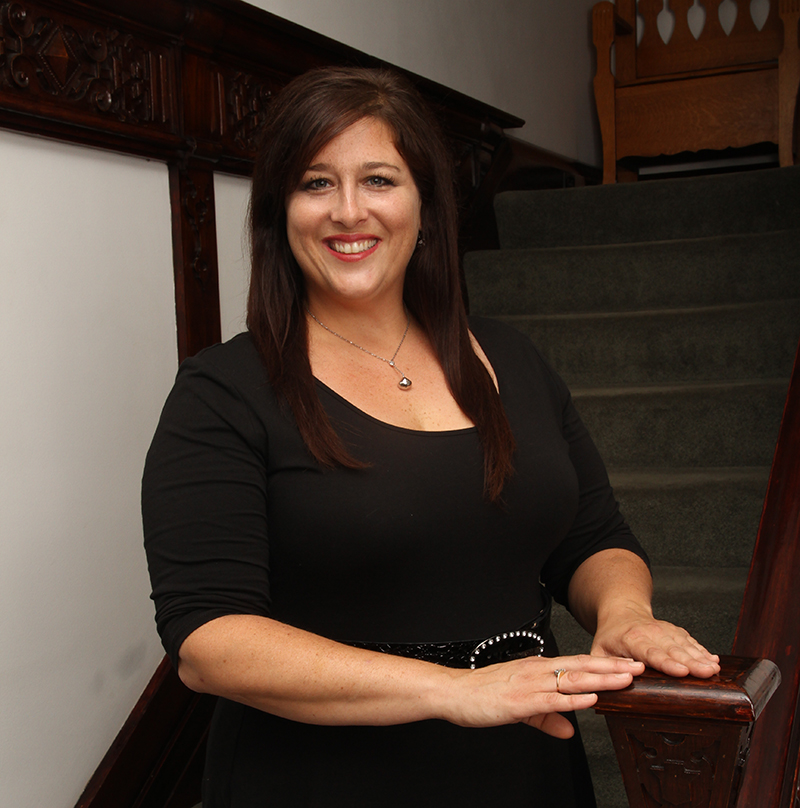 Christine has been working with Rebecca for over 25 years, and is our Office Administrator, keeping our ship in tip top shape. She is your first point of contact when you book your free consultation, and will ask you all the important questions that you need to consider before pursuing your case.

Christine was raised in Hamilton and holds a diploma in Early Childhood Education from Mohawk College, and uses her highly empathetic nature to ensure that our clients know how much they are truly cared for at Wissenz Law from the moment you walk in our door.

Dale has been with Wissenz Law since she graduated with honours from Sheridan College’s Paralegal program in 2015, after completing her work placement with us. She primarily handles the Tort side of Personal Injury files, in addition to working on Wills and Powers of Attorney.

She serves as a main point of contact for many clients, explaining legal procedures and alleviating anxieties about what to expect in a litigation process. Ultimately, Dale helps to cultivate the compassionate and reliable relationships that we share and cherish with each of our clients. 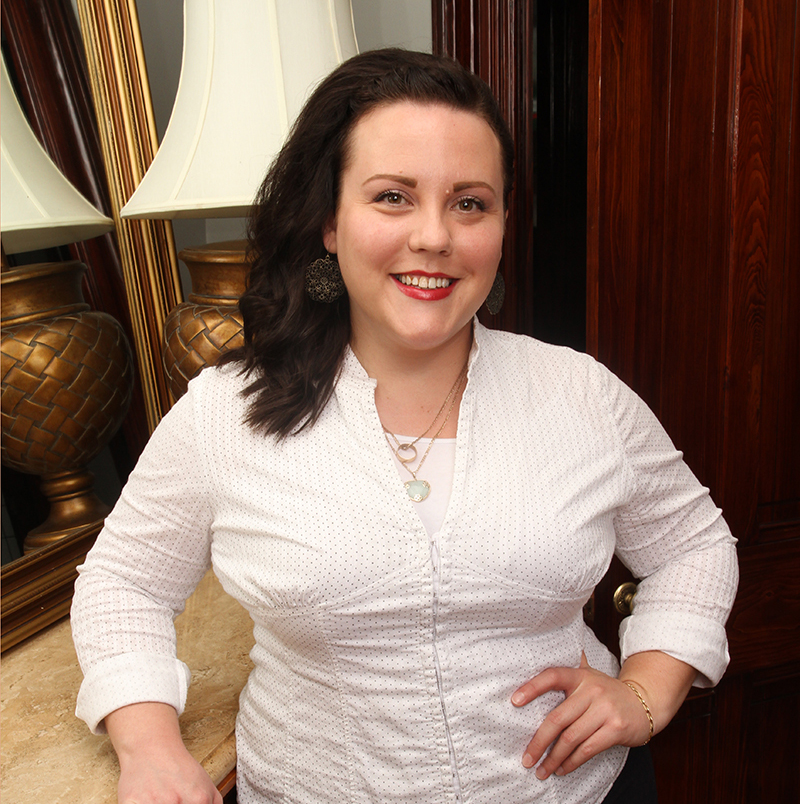 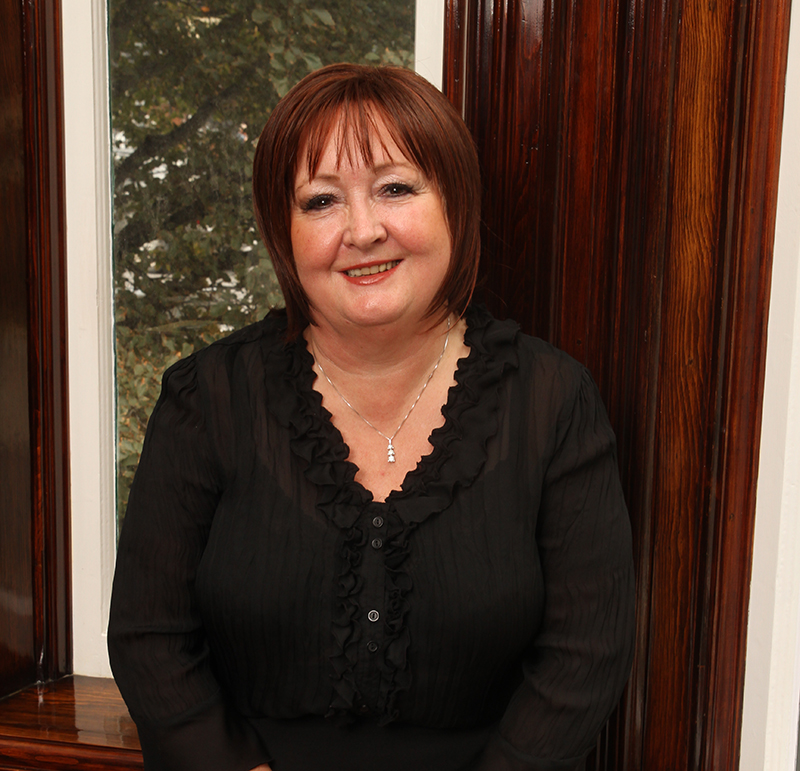 Marie is our trusted Bookkeeper, and has been working at Wissenz Law since it was established in 2008, and with Rebecca even longer. She is from Glasgow, Scotland but has been a resident of Hamilton for many years.

She is dedicated to our team and ensuring that our business is running as efficiently and organized as possible. With a warm pot of tea always somewhere within reach, her hard work is unparalleled. At Wissenz Law, there is always a warm pot of tea or coffee brewed for our clients, so Marie is in good company.

Madeleine has been managing the marketing and communications operations of Wissenz Law since 2021, creating marketing materials and digital assets across mediums as well as organizing communications, writing content and copy, and social media management.

Madeleine graduated from the University of Toronto with an Honours Bachelor of Arts in Ethics, Society, Law and Environmental Studies in 2013, as well as a Creative Writing Certificate from the same institution and a certificate in Digital Media Marketing from George Brown College in 2022. 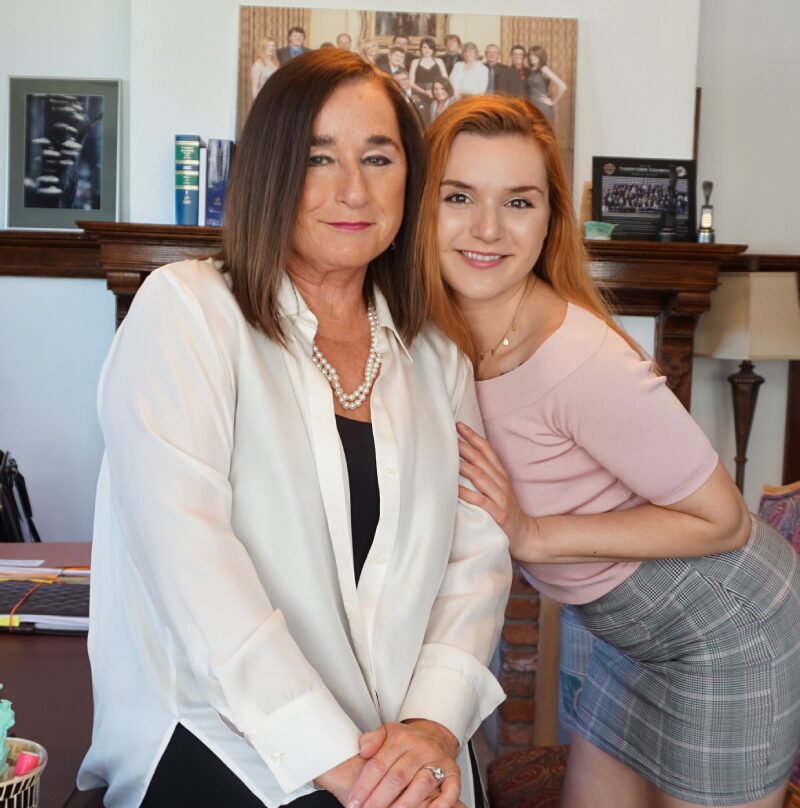